Texas Contractor Transformed From Invisible To $8.6M in Revenue 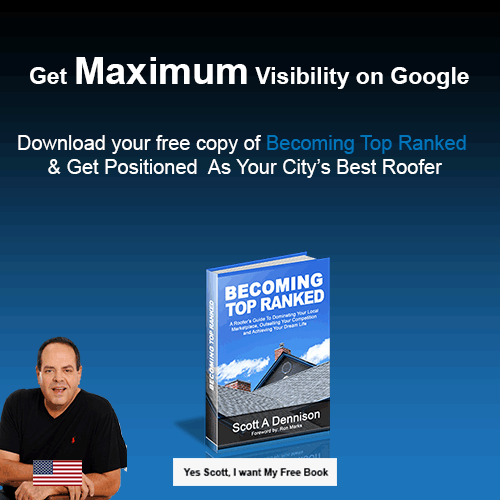 What is the hardest part of generating roofing sales for you?

Be first to know when we publish new content

A roofing contractor who reads my blog regularly contacted me to analyze his site and offer some advice. He had been a roofing contractor long enough to remember when phone book advertising was a safe, reliable way to make the phone to ring.

This Dallas, TX based contractor wanted better roofing contractor marketing. He told me he was hungry to find a reliable way to get his website found and get more calls/leads.

He wanted (and needed) at least 22 extra leads each month from online marketing.

Over the years, he’d hired SEO companies who claimed to know how to market a roofing business via the Internet. Each ultimately failed to provide a return on his investment.

As an established contractor doing more than $2 million in sales, he wasn’t looking for training and to implement what was learned himself. Instead he wanted a full-service program that followed a proven model, provided leads regularly and offered some guarantees that it would work.

Some Of The Problems We Found –

The Solution We Provided –

The client wanted to dominate his market and hired us to complete our “Triple Optimization” program (a.k.a. – “Full Service Done For You Online Lead Generation”). The project began in late 2013.

Prospects indicated that ‘estimate’ is associated with a decision to proceed, where ‘inspection’ implies that we’re both interested in finding out if you have a problem that requires a solution or not. This works in conjunction with the company’s plan to build relationships with their market and be known as a trusted provider who will advise you on the best decision, not just show up and pressure you to buy from them.

A quick comparison of the site’s ranking shows this roofing contractor has a dominant position in Google for his most critical keywords. As of March 28, 2017, his company now has:

That is a total of 51 keywords currently on Page 1 of Google and Google Maps search results. The client’s site ranks at the prized #1 position for 18 keywords.

If you recall, the client’s goal was to generate 22 additional leads per month from his website. We’ve exceeded that by far.

This client worked with Top Ranked Roofer for 4 + years. 807 roofing leads were generated from his website (the blue lines on the chart below). There were also 2225 calls to his offices (the red lines). These are homeowners in his market seeking a roofing inspection or estimate. (Totals through 12/31/16). 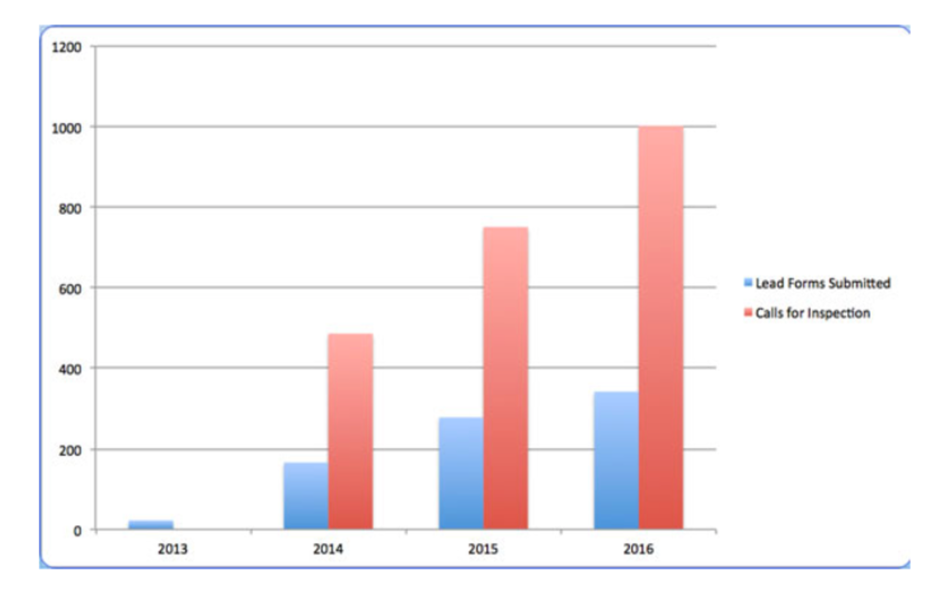 Our internal tracking shows that 42% of these homeowners are inquiring about completely re-roofing their home. Those who found the company in Google runs up to 6x higher than any other form of marketing they’re doing.

What Would Your Business Be Like With This Many New Roof Replacement Leads? How Many Roofs Would You Sell?

These leads are exclusive to him. Shared lead-generation sites (Angi, Thumbtack) often send one lead out to several contractors to let you all fight over the prospect.

If you agree these are significant results and want to increase your roofing leads too, let’s talk about your project.

Here’s the Important Part: Without revealing sensitive information about his business – the ROI (return on investment) my client gets on his SEO Lead Generation services is, at least, $20 in revenue for every dollar he spends. 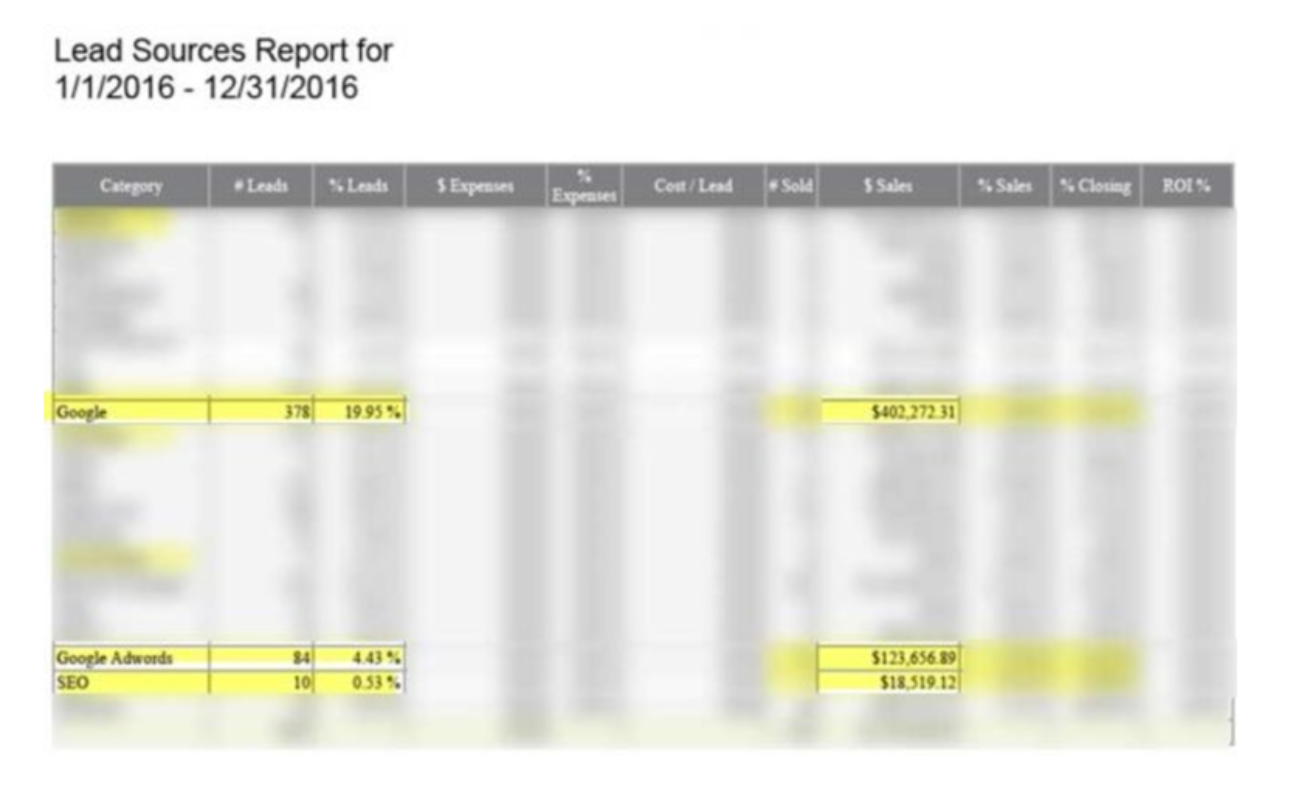 If you would like to finally move past the wasted money and time that comes from poor quality search engine marketing and get real results, let’s talk about your business, your goals and how we might be able to help you accomplish them.

The call is FREE, so there’s no risk. Initially, we’ll talk for about 15 minutes and when we’re through, we’ll both know if we should continue our conversation and further explore working together.